There's also a behind the scenes video, which features him playing Xbox ("this is what I have to do when my son is not around—he thinks he is the best, but I'm the best."), reiterating that he doesn't like to be called El Hombre, et cetera. After the jump, an image of Albert Pujols lounging with a camera in his face. He looks justifiably uncomfortable, but the end result of Dove's camerawork is worth a look. 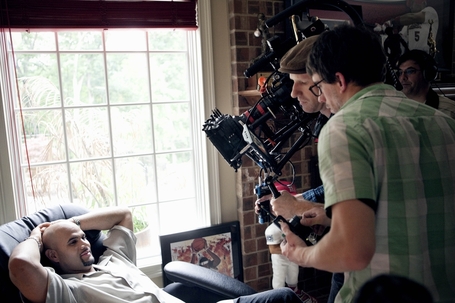