In a move which could be considered tactless even by an organization that once sold used toilets to their fans, the Cardinals front office kicked into high gear to find a way to commemorate Tony La Russa's historic case of shingles (a severe of case not seen since Needlenose Ned Ryerson almost missed graduation) with, what else, a bobble head night. 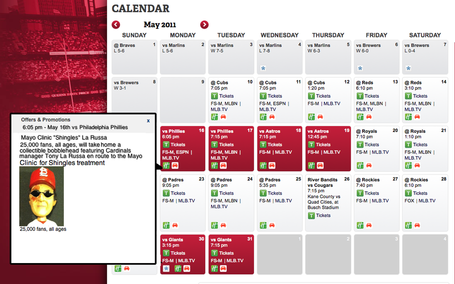 Larger version, after the jump.

Some may say too soon. Other may say, the Cardinals have to strike while the iron is hot. Either way, these babies are going to print money.