Share All sharing options for: The Adventures of Time Traveling Juan Encarnacion

Little known St. Louis Cardinals fact: Tony La Russa, (evil?) genius that he is, used to send Juan Encarnacion back throughout time to, in the words of the good Dr. Beckett, "Put right what once went wrong" and clean up some of his own mistakes. 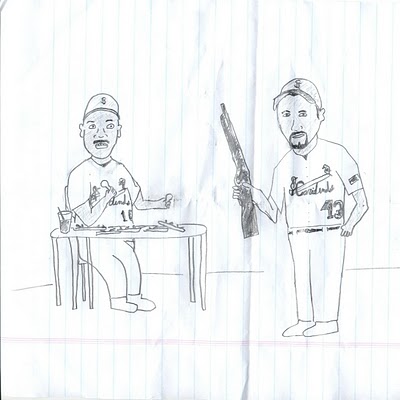 July 23, 1995: In an effort to keep Ray Lankford a skinny base stealer with some pop in his bat throughout the late nineties (and not just another fat guy with warning track power), Tony La Russa sent T-1000 Encarnacion to Mike Duffy's Pub & Grill in order to keep Ray from eating a sixth plate of chicken wings. 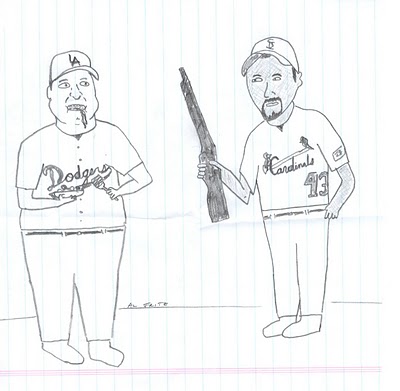 October 15, 1988: During the ninth inning of Game One of the 1988 World Series, T-1000 Encarnacion showed up in the Los Angeles Dodgers' dugout with a bowl full of spaghetti and meatballs, distracting Dodgers manager Tommy Lasorda. Lasorda fails to put Kirk Gibson in as a pinch hitter and Dennis Eckersley goes on to get the save for the A's, who in turn proceed to sweep the Dodgers, giving Tony La Russa his first World Series title. 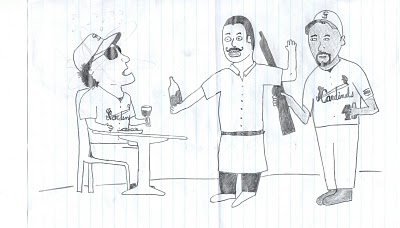 March 21, 2007: Juan shows up just in time to keep the waiter from giving noted lightweight Tony La Russa a hotter-upper, saving Tony from getting a tiny DUI later that evening. 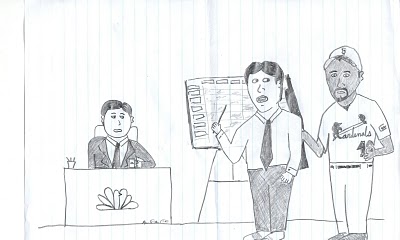 May 5, 1997: During the release of NBC's upcoming Fall schedule, Juan showed up to make sure Wings got a lifetime extension on the Network.

(Note—this one doesn't have anything to do with Tony La Russa; Juan just thinks that Lowell Mather, Antonio Scarpacci, and Roy Biggins were all hilarious.) 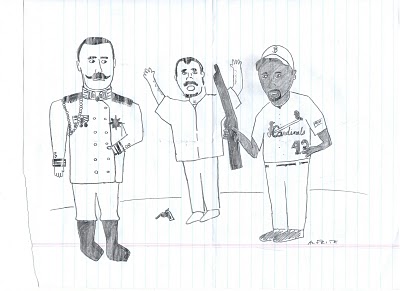 June 28, 1914: Juan shows up in Sarajevo just in time to keep Gavrilo Princip from assassinating Archduke Franz Ferdinand of Austria. 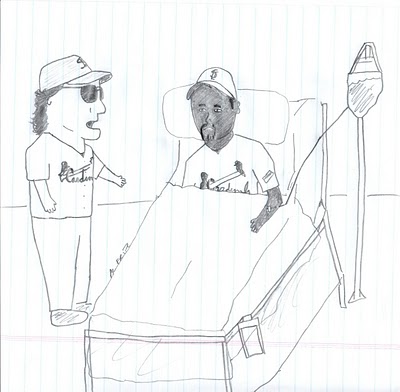 April 13, 2007: After one too many misadventures through history, Time Travelin' Juan Encarnacion found himself in the hospital, where he was finally paid a visit by Tony La Russa. 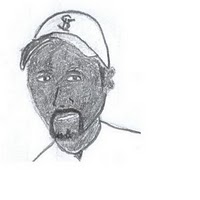 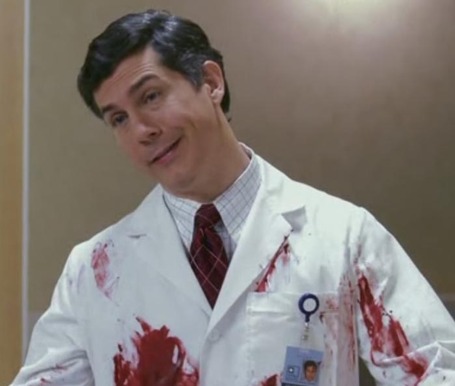 Well, all of this time travel, while helping to make the world a better place, has completely destroyed Juan's DNA. You may notice that's he's much darker now then he was before. Now, to the untrained eye, that may just look like a healthy glow, but science has proven over the years that messed-up DNA, caused by too much time travel, darkens the skin.

But I thought Juan was actually a cyborg...

Long answer "yes", with a "but"; short answer "no", with an "if." Cut to the chase, Juan will be dead sometime in between right now and... Oh, jeez, if you'll excuse me, I think I heard my Meat Machine ding. Meat is the new bread.

Stay away from the light!

Don't think of it as dying, Juan. You're just being waved around the third base of life, to that big home plate in the sky. 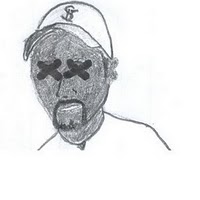 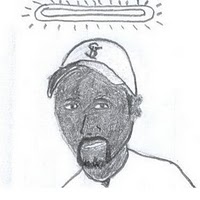 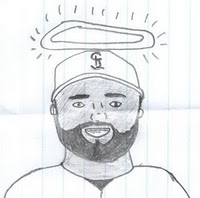 I'm a lot of things.