Share All sharing options for: 2011: The Year in Dan Caesar 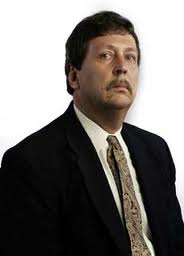 Dan Caesar draws a lot of water in this town.

If you are somehow incapable of using Google to look up the ratings for a sports radio station (why you'd want this info, we have no clue), Caesar is there to provide it. Want to know which retread radio host is jumping time slots or -- the big scoops -- stations? The Big Ceese is the man you need.

In hopes to get in good with The Kingmaker himself, SBNation Saint Louis went through his work in 2011. The following is a recap:

January: Rams TV ratings through the years! The stunning scoop that bowling was returning to ABC! (We assume this was a scoop, we don't know why anyone else would report on this.) And the big one: More Ricky Horton on FSN.

February: Super Bowl ratings! A couple paragraphs about how Albert Pujols hitting free agency could be a big deal (he called it!).

March: A bizzare story about Colin Firth and some former KMOV sportscaster. Someone named Bob Stelton left 101.1 (I honestly don't remember who this person is). Jack Clark is on KTRS now!

April: Joe Buck is having throat issues. Sports Talk Radio, By The Numbers.

May: Kentucky Derby ratings! A sports talk radio exec leaves town! Kevin Slaton and Randy Karraker appear together on Sports Plus, but it's pretty tame.

June: A piece on Frank Cusumano. An interview with 101.1's new program director.

October: All Playoff ratings, all the time.

That's quite the impressive year! Why the specific job of reporting on Saint Louis sports media exists, we do not know. But hot damn does The Ceese excel at it! 2012 already got off to a big start with Casear breaking the news that Duncan and Bob Ramsey were switching shows on 101.1, as well as the news that 101 had dropped longtime boring person Cliff Saunders.

What will the rest of 2012 bring for Saint Louis sports media? We're willing to bet a bunch of people change roles, no new blood is given a chance (and if the are, they'll be terrible), and at the end of the year it will still be the same group of bozo's trying to sell people on diet pills, dating websites, and terrible barbecue. But nobody knows for sure.