Junior North Carolina Tar Heels forward rolled his ankle early in the team's Elite Eight contest vs. the Kansas Jayhawks, putting another starter in doubt after a week of dealing with Kendall Marshall's wrist injury. Henson has been averaging 13.8 points and 10.1 rebounds for the Tar Heels in his best season yet, but an awkward landing has him on the UNC bench, receiving treatment for an apparent ankle injury.

It was a classic case of paint footwork gone awry:

Since then he's been on the UNC bench as the Tar Heels and Jayhawks play to an early 31-31 tie. The Tar Heels are still in this game, and Henson could be back soon, but in a high-scoring game like this it's hard to imagine them staying in this if they continue to hemorrhage starters. 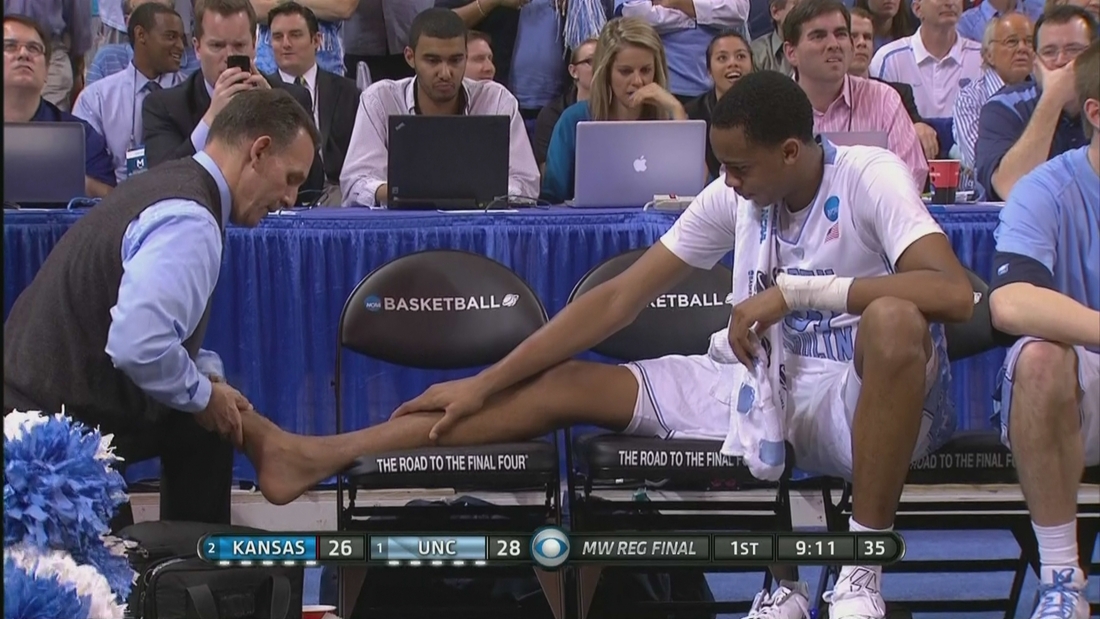 For more up-to-the-minute-coverage of this Elite Eight game, and the Midwest Bracket's trip all the way to the Final Four, follow our SB Nation St. Louis storystream. We have animated gifs!