The 2012 Atlantic 10 Tournament resumes play on Friday after a two-day break from the end of the first round. The bracket has played out so far as one would expect -- no upsets came about during the opening round. The top eight seeds are playing on Friday, led by the No. 1 Temple Owls and the No. 2 Saint Louis Billikens.

The Billikens are having their best season since the early 1990s and could make their first NCAA Tournament since the 1999-2000 season if they win the conference tournament. Head coach Rick Majerus has led the Billikens to a 24-6 record in his fifth season with the team. 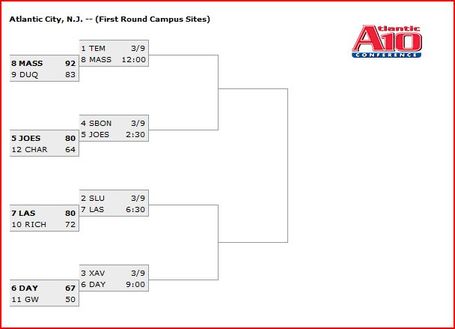