Adam Jones is mad about Baltimore's attendance of O's games and is tired of people watching the Ravens. Meanwhile the Rams answer the question we've all been wondering.

Some arguments are timeless.

Came first, chicken or egg? Global warming, real or not? Musial or Williams? Many will never be answered, but on Thursday night, we finally found out, for sure, that the St. Louis Rams could, in fact, beat a team if it rested all 22 of its starters. I think we were all curious (maybe even a little scared to find out), but our boys got the job done and beat the Ravens 31-17 in front of literally tens of hundreds of fans.

You know what a franchise that hasn't made the playoffs since 2003 needs coming off a 2-14 season needs? Their first round pick to get dragged off the field by two coaches!

Mr. Brockers, the 14th overall pick in the 2012 draft, put undue force on his ankle and was aided in that quest by a Raven player. He didn't return. In the coming weeks we'll see just how serious a tweaking this critical joint took. But it's safe to say he's questionable for Week 1 at this point.

All this bullcrapoloa about not playing your starters and what was Jeff Fisher thinking? Easy, friends. Easy. 2 wins. 14 losses. You're going to need to see the young guns play in the preseason.

Did you take Greg Zuerlein in your fantasy draft? Did you take him about 2 rounds before you're 'supposed' to take a kicker? Because I did. And it looks like the Rams offense is pretty much going to be 'get it across midfield and let Young GZ kick it.'

This might sound insane, but would NFL teams be tempted to let the Rams get closer to the first down marker so they don't have to deal with the kicker? Maybe bait the Rams into trying to go for it?

Obviously the addition of Wayne Hunter and the subtraction of Jason Smith was the REAL reason the Rams were so good Thursday. Nothing more, nothing less. In fact, I don't think 16-0 is out of the question now.

We'd be remiss if we didn't mention the trade of Smith, an effervescent well of disappointment. A bastion of busting.

When people scream about the outrageous levels of money people make in pro sports, A-Rod and Pujols shouldn't be the poster boys. They're bringing value to their team. Smith, on the other hand, was about 4 games away from catching a theft charge from the City of St. Louis.

I bet other draft War Rooms watch the Rams draft, and if they don't select someone, then the Rams do, they yell out in exaltation.

6 of 9 for over 100 yards and 2 TDs. Looked like his feet were more sad than usual. Completed a deep ball on the sidelines (albeit, it was more a great catch by Steve Smith than anything else.)

We needed to see something from Bradford since his work against the Chiefs is moot. You know, because the Chiefs look to be the worst professional football team ever created. And Bradford delivered, a shall we say, Karlie Kloss-esque performance.

It's a Thursday night pre-season game against a team who has publicly stated they wouldn't be playing any starters, yes. And It was a nice night, yes. But that was a shockingly low number of people in the stands for a real NFL game.

Here's how we fix this:

A) Get a stadium deal done. This black cloud hanging over the city is bad. It's only going to get worse if the Rams start losing early in 2012.

B) NFL needs to drop the mandatory buy of the 2 preseason games for season ticket holders. Give them the first option to buy, if they want. But don't make it a requirement.

C) Close the upper-deck of the dome. It's general admission and the earlier you get there, the better the seat.

D) Make it less than 5 bucks. Get paid off of people buying concessions and merchandise. Make it accessible to people that couldn't ever pay for a regular season game.

E) Pander to that crowd. Make them feel special. Give away some regular season tickets. Make it a party. Make it rowdy.

On a serious note, I doubt many teams have a better preseason booth than the Rams. I like Siciliano and Faulk together. They do better work than the Dick Stockton/ Ron Pitts + washed up NFL player breaking into broadcasting pooh-pooh platter we get every week.

Oh, you forgot about Dick Stockton didn't you? Well he's in your life now for 17 weeks.

What the hell is this all about? Some internet sleuthing reveals nothing. Looks like Kyle was an MLB caliber pitcher, had some drunk driving problems, left Florida State, went to JuCo for football and is now on the Oregon Ducks?

I guess people are thinking that Jake Long is his brother? And now Chris is going to whup your ass if you Tweet at him anymore about Jake?

Calvin must have noticed the crowd, too.

Oooohhhh. Adam Jones, the Baltimore Orioles All-Star OF is getting pissed that people aren't coming out to O's games. Worse... they're blaming it on GRAND PRIX RACING?!

Point Jones. It's like getting told she's washing her hair. 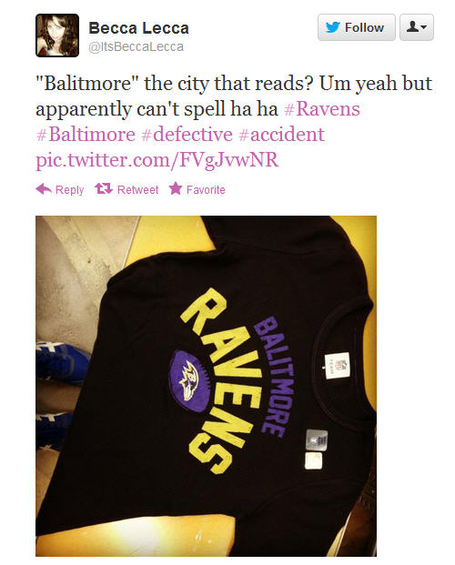