A look at what the big names in St. Louis sports want for Christmas, besides to be Sam Bradford.

[Editor's note: SBN St. Louis sent their sources deep into the North Pole to find wish lists to Santa Claus from various Saint Louis athletes, coaches, and sports personalities. We came back disappointed, since Santa isn't real and it's freaking cold up there. So we made some stuff up. All lists start "Dear Santa" except for Sam Bradford's, whose list begins "Dear someone not as dreamy as I."]

A greater sense of self importance

A liter of blood from Joe Buck. From when he was eight years old. To drink. To save me.

A way to be less clever, as I'm not sure everyone "gets" my humor.

Burn down that god-damn Pizza Hut

A Ritz cracker the size of a hubcap. 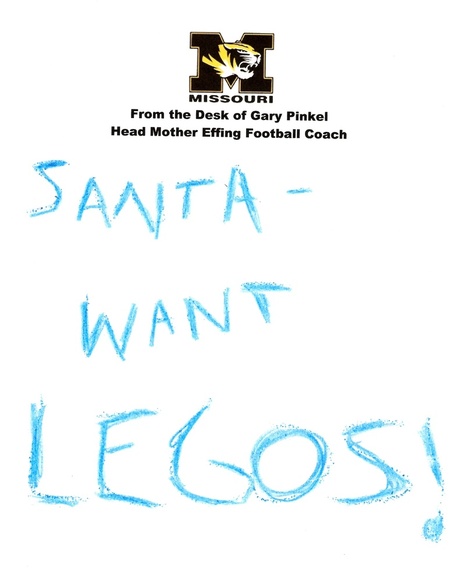 More radio commercials for diet and fitness plans so somebody, somewhere might think I'm in shape

The ability to go back in time and not give my phone number to Jeff Gordon. I thought he was the race car driver! Now every day it's another text about "how will I remeber blahblahblah era." What a weirdo.

An ice cold Busch and a pound of peel-and-eat shrimp from Fat Eddie's Bon-Air!

More nicknames that are actually just people's names with "-man" added onto the end.

Those shoe lifts Matt Sebek was telling me about. I deserve to be 5' 9", damn it!