The Evolution of a Cliched St. Louis Cardinals Fan

It may not be you. It may not be everyone you know. But you have to admit this is a good composite sketch of 70% of the St. Louis Cardinals fans you meet at Busch Stadium.

Share All sharing options for: The Evolution of a Cliched St. Louis Cardinals Fan

Ages 0-5 You're a baby. You have no rooting interests or motor skills, but your parents still dress you up in St. Louis Cardinals gear. Even though you can neither feed yourself nor use a toilet, your parents still tell every one that you're a huge Cardinals fan. Though you do cry whenever Tony La Russa pulls a double switch before the eighth inning.

Ages 5-12 You begin to notice that you own tons of clothes with red birds on them and that people talk about something called the Cardinals a lot. Around the time you start playing t-ball, it dawns on you this is the same thing those guys on TV play. You pick a favorite player and try to emulate him. (This is where it is especially awesome to be a Cardinals fan. Over the last 30 years we've had Ozzie Smith, Mark McGwire, and Albert Pujols around for our kids to emulate. Are there three more fun baseball players for a kid to grow up watching?) You are incredibly happy when the Cardinals win, and incredibly sad when they lose, which is odd because you didn't even know this team existed a few years ago. But dad says they'd be better if Tony La Russa wasn't the manager. Also, you learn to keep score.

Ages 13-20 Other things in the world start distracting you. Girls, music, school, pubes! It's a complicated time. Yeah, there are some ballgames on in the background, but it's not the same. You're in college, there are (and should be) higher priorities. Trying to get laid only takes a back seat to hating Tony La Russa.

Ages 21-25 The first trip to Busch Stadium with a legal ID! It doesn't matter that the beer is $0.50 an ounce, that's what credit cards are for! After taking a back seat in your life for a few years, baseball (thanks in large part to the beer) is exciting again! The fact that going to a baseball game is, 90% of the time, the most exciting thing one can do in Saint Louis, may dawn on you, but, [BEEP] IT, I'M GOING TO PADDY  O'S!!!! AND [BEEP] YOU, TONY LA LOSERA!!!

Ages 26-30 You are starting a career and perhaps settling down. Going to a baseball game is no longer a proper reason to get wasted. Maybe you start thinking about the game a little more, trying to figure out why this move was made and not that move, why Ryan Theriot is batting leadoff against a righty, why Miguel Batista is being used in a high leverage situation, why Tony La Russa? WHY? 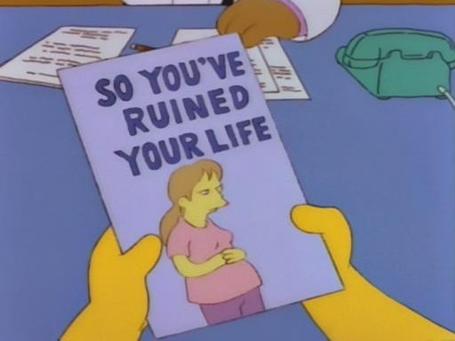 It becomes apparent that baseball is not the most important thing in the world. As babies, although they have no rooting interests or motor skills, you still dress your kids up in Cardinals gear. And even though they can neither feed themselves or use a toilet, you still tell every one that they're huge Cardinals fans. Later, you have a catch, teach them to keep score, to hate Tony La Russa, and various other bonding experiences.

Ages 51-65 I don't know. I imagine you own an RV, maybe? With a picture of Tony La Russa's face inside of a circle with a slash through it on your tire cover. 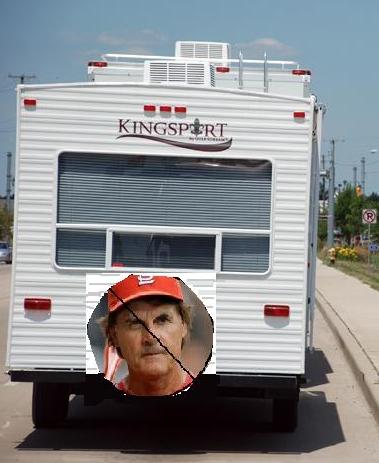 Ages 66-75 Bob Gibson would've won 30 games today! You didn't see Rogers Hornsby wearing necklaces! Whitey Herzog could win with this team, why can't Tony La Russa! Everything was better back in your day. EVERYTHING. You make sure everyone around you is aware of this fact and write letters to the editor of the Post Dispatch in case they want to see your thoughts in the written form.

Ages 76-? No longer crotchety, your dementia has turned you wise, if not whimsical. Your children and grandchildren stopped avoiding talking to you and now just nod their heads and smile as you reminisce about the time you turned a double play with Tommy Herr to score the last outs of the 1742 Super Bowl! We used onions for balls back then, you know?