SB Nation Saint Louis takes a look at which former and present Cardinals are likely to show up on an episode of Breaking Bad.

The meth epidemic has hit all walks of life in this state, baseball players being no exception. Here are a handful of players SB Nation has absolutely no proof of ever having done anything and are not alleging anything at all, but, yeah, these guys were probably doing meth. 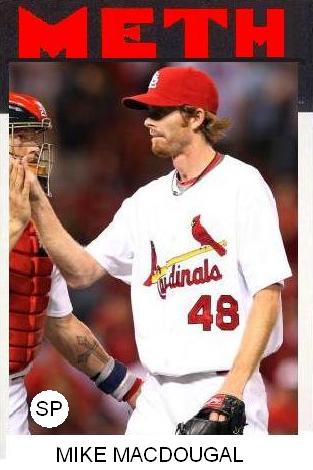 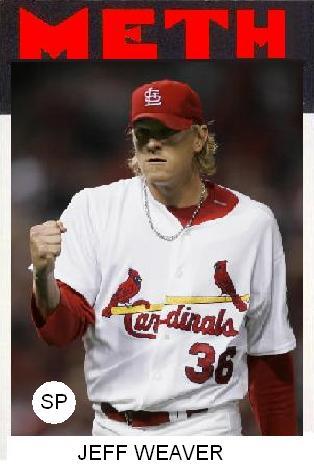 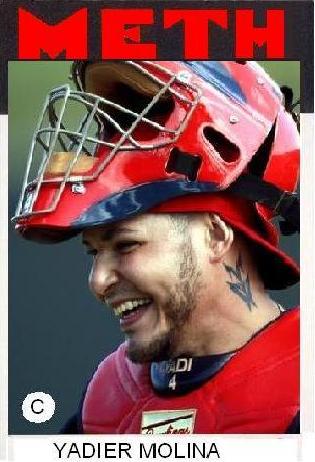 Last year, Molina would have been a very unlikely meth user. Then he showed up to spring training with neck tattoos. The thought process that leads someone into thinking, "Maybe I should try meth? That sounds like fun!" is the same process that makes someone think, "Maybe I should get some neck tats? That'd look great!" 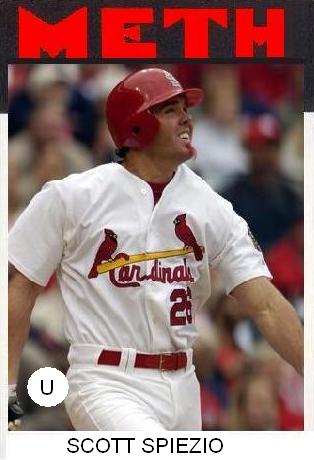 I don't believe there was a drug on earth that Spiezio was NOT taking during his stay in Saint Louis. Ergo, he's in. 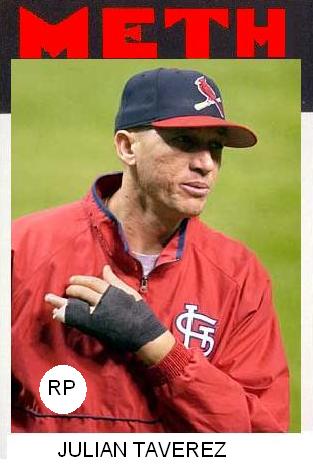 The O.G. of the Cardinals meth club. You do not want to know what Tavarez was propositioning when this photo was taken. 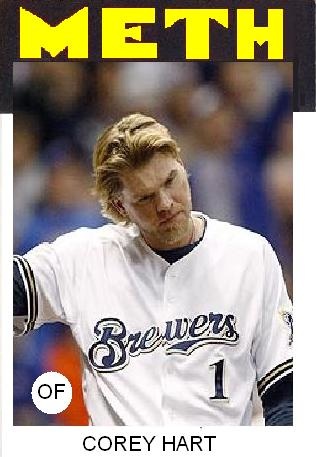 No, the picture isn't fuzzy. Hart is just shaking uncontrollably. 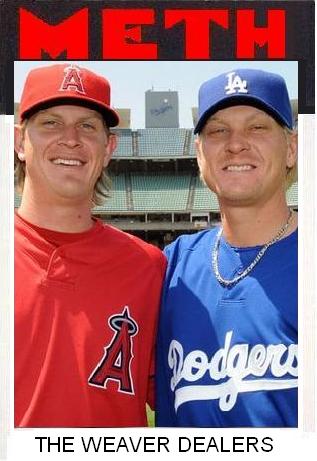 While I loved the Topps novelty cards of the 1980's, that was a rather poorly given nickname for Jeff and Jered Weaver.

[Lawyer's note: SB Nation has no proof that anyone but Alex Fritz was actively using meth at the time of this article's publication. However, it has never been inclined to disbelieve things it reads on baseball cards. Did you know Richie Hebner was a gravedigger in the offseason? Seriously!]