Former Cardinal Albert Pujols, who we'd be remiss not to point out has been on more than one team in the last six months (possible character issues???), is on the cover of this week's Sports Illustrated, an obscure special interest magazine we assume is devoted to people who have the nickname "Sport" and fancy themselves as a bit of an artist.

While we always like to see a former Saint Louisian make good in the big city, we can't help but to think that "The Mang" has put on some weight while out on the left coast. We know it is hard to avoid the fish tacos, but his head is practically square now! 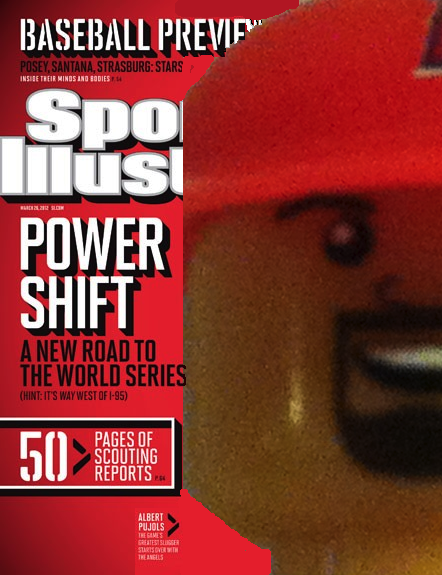