Share All sharing options for: Play Calling, With Steve Spagnuolo

As Rams head coach Steve Spagnuolo's reign of terror quickly comes to an end in the city of Saint Louis, we would like to take a moment to look inside the game and find out what in the hell kind of play calling is going on the offensive side of the ball. Let's examine the possession from Sundays loss to the Arizona Cardinals that started with 10:32 left in the first half.

The first two plays, both runs behind the left tackle netted eleven yards and something rare and mysterious called a "first down." With first and ten, Sam Bradford threw an incomplete pass to Brandon Lloyd, followed up by a false start penalty, because it's exceedingly difficult to not false start when you're at home (or something).

This brings us to second down, fifteen yards to go. Most coaches would want to try to throw the ball down field to set up a manageable third down. Not ol' Spags, though, nope, no sir. 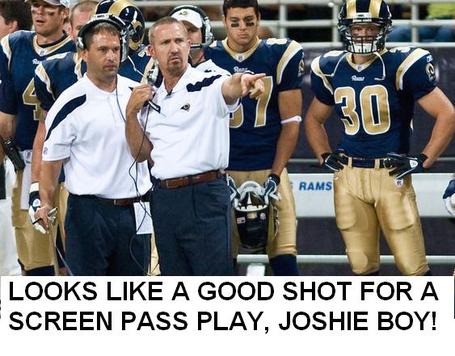 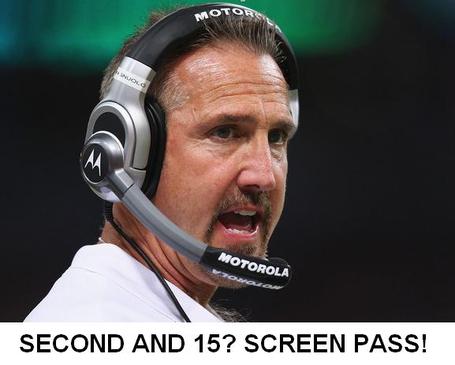 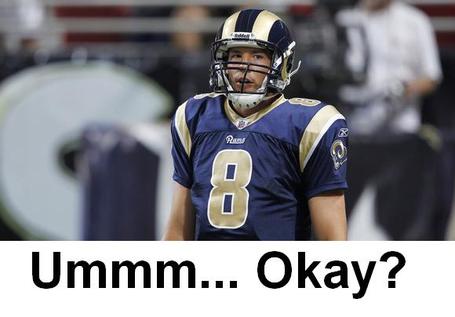 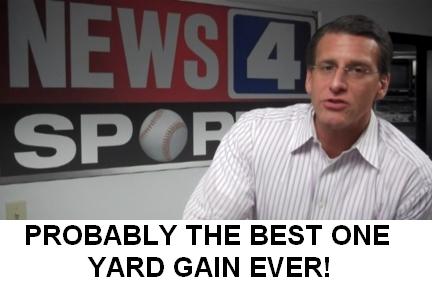 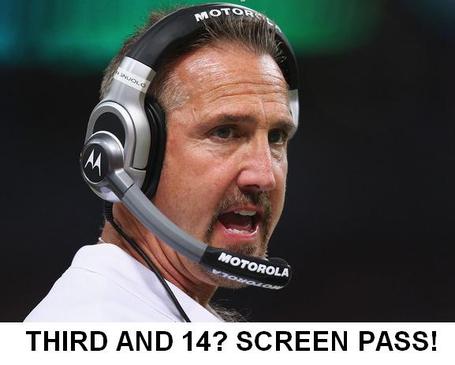 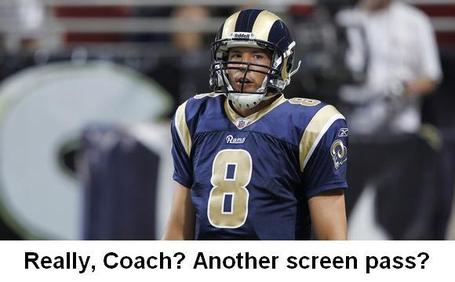 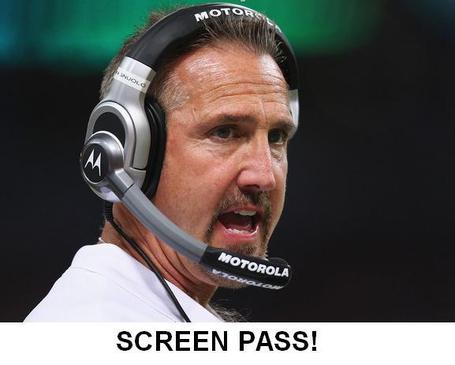 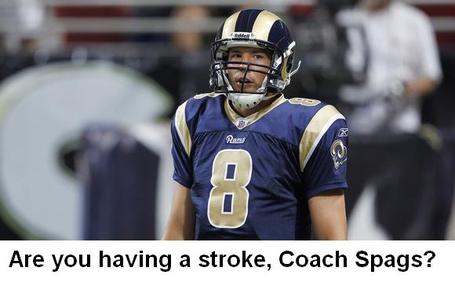 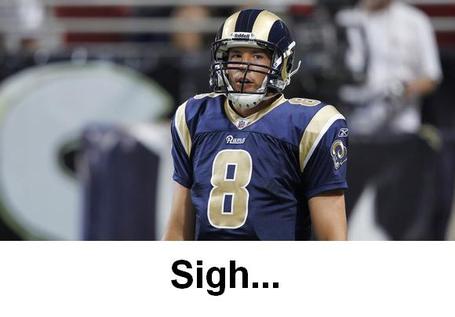 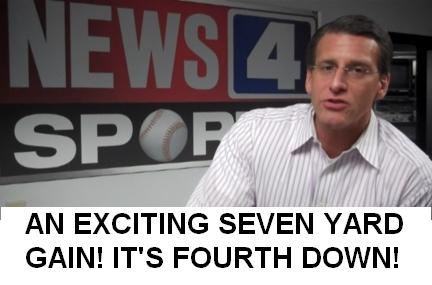 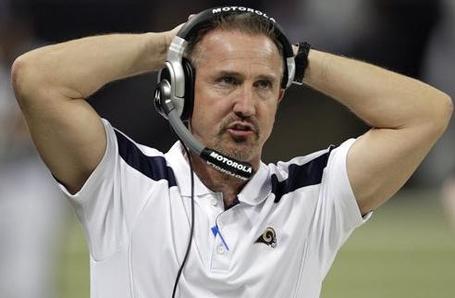 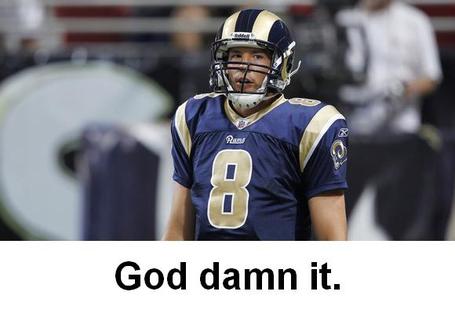 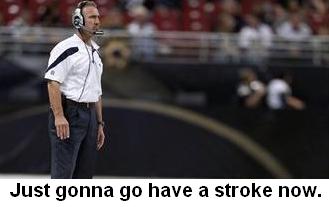