As the token fat guy here at SBN Saint Louis, I felt it was my duty to make a different dish representing both the Packers and the Steelers, as well as provide a few more Super Bowl recipes to help you plan out your menu on Sunday.

[Editor's note: In honor of America's proud history of Super Bowl recipes and arguing about local traditions, we commissioned our own Alex Fritz, culinary artiste, local, and expert arguer, to do some legwork about Pittsburgh and Green Bay's own Super Bowl delicacies. He did not disappoint, producing some Steelers-approved perogies and some macaroni and cheese a la Packers.]

Pittsburgh is home to many things, including urban decay, yellow bridges, and an inexplicable pride in condiments. It is also an area where the Eastern European treat known as perogies are prevalent. Perogies are, in essence, hot pockets that are boiled and later fried in butter.

Green Bay is, of course, located in Wisconsin. Wisconsin is known for many things, including white people and boring vacations, but mainly for cheese, which is why white people wear hats made of cheese at Packers games (while, we assume, planning their next boring vacation to Door County.)

First off, the perogies. 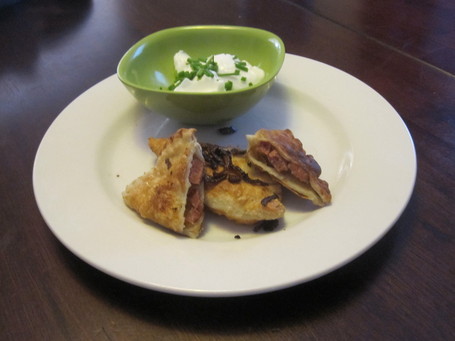 Next, in honor of the cheese of Wisconsin, we make macaroni and cheese. 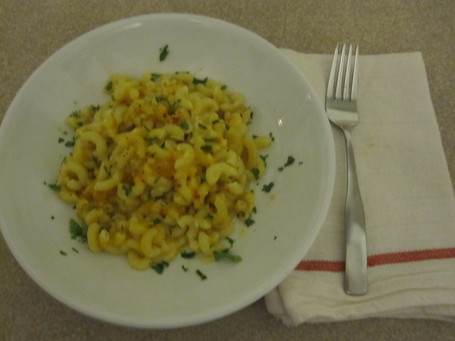 Head to head, I’d give the advantage to the perogies, specifically the sausage and sauerkraut ones. Based on the taste battle, I will make a Super Bowl prediction of Pittsburgh Steelers 21, Green Bay Packers 17.

Unless someone out there makes a mac-and-cheese-filled perogie... then we have our first ever Super Bowl tie.

Other delicious Super Bowl recipes for things to stuff in your food hole on Sunday afternoon: