You want to see 'offensive sets' or 'focus' in your photos of St. Louis Rams Training Camp? You've come to the wrong place. We do have an Adam Kennedy jersey sighting, though.

And we went over to Rams Park to see just what the hell Jeff Fisher and the 2012 St. Louis Rams were up to. Some candid impressions:

2) People. People showed up. The 'official' count from the Rams was over 1,600 people for the opening of camp. This set some sort of a record.

3) Free Gatorade. I like the Mountain Frost. But I was demure and asked for a Lemon Lime.

4) Pi Truck's last appearance. Sad to see so few people enjoying gourmet pizza. Didn't help that everyone was bitching about not having any cheese. Sauce on top of cheese is not something NFL fans are going to stand for. A farewell probably not fitting for the quality of pizza that thing delivered.

5) 10 Pictures you may or may not be interested in: 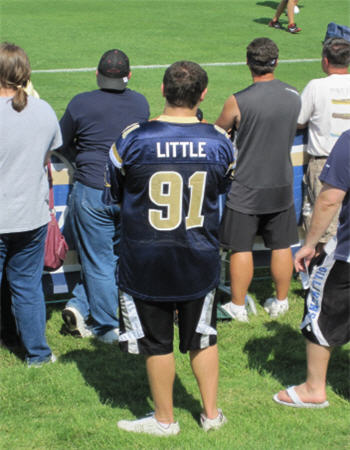 Very awkward moment when he tried to hug Robert Quinn. Everyone was sad about it. 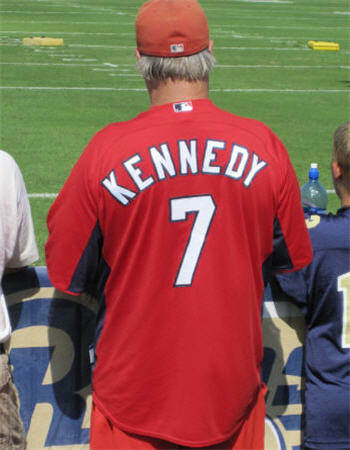 Adam Kennedy's biggest fan was at Training Camp. I asked him if he'd lost a bet. Again, another awkward moment. 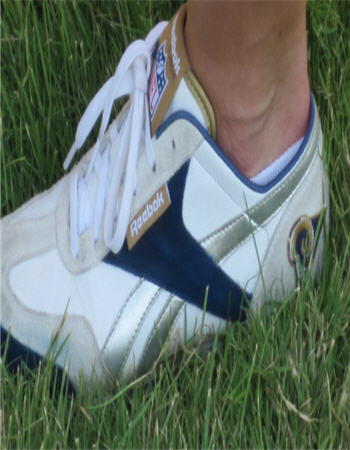 This was a cheerleader's shoe. I thought it was pretty cool. I'm sure she thought the opposite when she caught me taking a close up of her foot. The Rex Ryan shot, though? A bit much. And humbling. 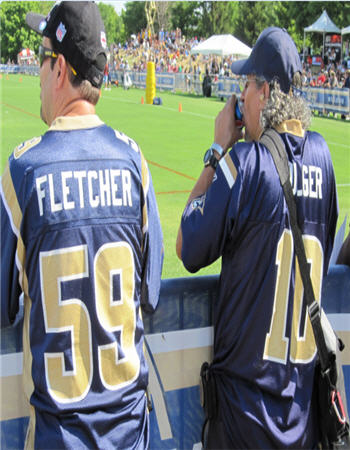 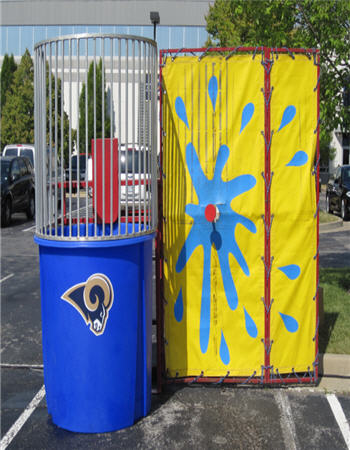 The Rams had a dunk tank. If you think we're 'shopping players into this sucker for use later in the season, then you're 100% correct. 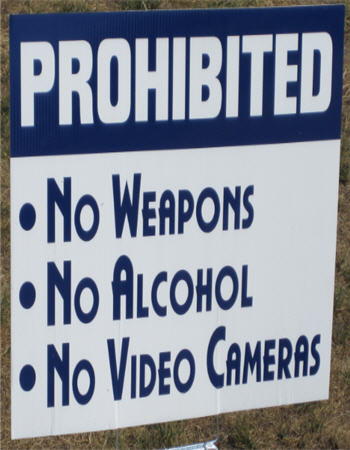 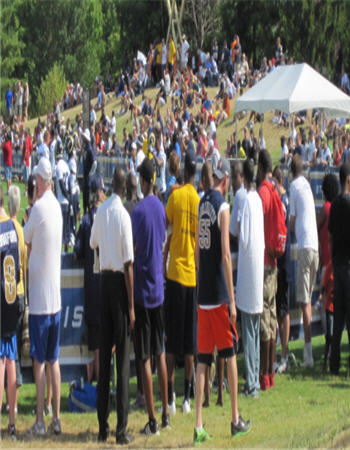 The aforementioned people. I know that some of you will doubt that people actually came out en masse to watch the Rams practice. So here's proof. 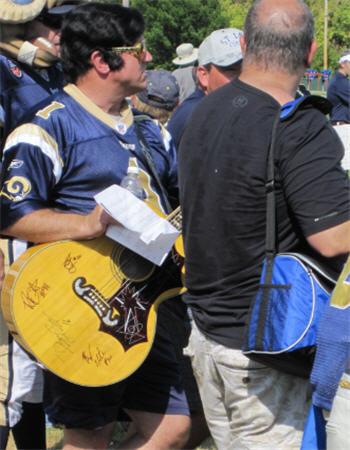 Why not, right? Nothing increases the value of a Gibson AJ-500R Limited Edition like Brody Eldridge's autograph. 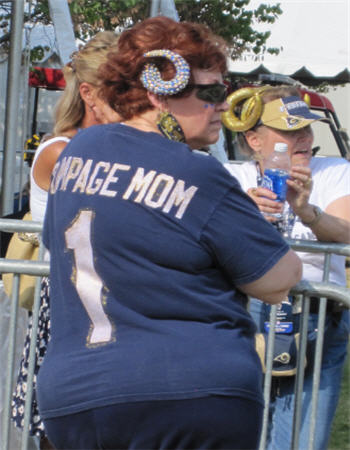 We thought that this lady was the mother of the man/woman that plays the part of Rampage, the Rams mascot. Nope. She's the birth mother of the mascot. That no alcohol policy may or may not have been enforced. 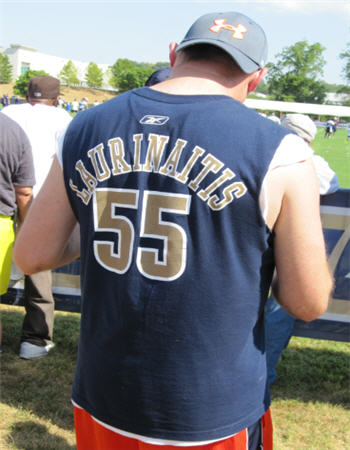 When you do a James Laurinaitis shersey, you do it with no sleeves. That's a rule.

That's it. That's our little road trip to Rams Camp. If you've got your own pictures, feel free to posted in the comments below.