SB Nation took a trip to the EJD for the Governor's Cup. We ended up finding a (gasp) OK football game.

Ok, so are the Kansas City Chiefs the worst football team ever assembled, at least professionally?

Is Jeff Fisher some sort of Jedi Master who turned the entire franchise around in a single week?

Are the St. Louis Rams overly inspired by the Governor's Cup?

Where the hell did THAT game come from?

1. Football isn't a sexy sport. Sometimes we try to sex it up, but the boring truth is it's... well... boring. You know how many times Sam Bradford was touched Saturday night? Zero. Wasn't hit during play. Wasn't hit after the play. It was exactly like practice. The offensive line dug in, gave him time, blocked for the run.

And guess what? The Rams facial'd the Chiefs.

Hell yes I wish the Rams would get a WR1 and a proven RB2. And I'm guilty as the next guy about spending column space bitching about it. Truth is—they don't matter (much.) Get a dominant performance from the O-Line and any guy is going to look good.

I was basically on the opposite goal line when I saw Zuerlin trot out. I was like, "Woah—this is a pretty monster kick right here." And the dude DRILLED it. No lie, it was 20 feet up on the net. That kick would have been good from 60-65 yards.

As soon as I started texting people about this guy's magical golden sexy foot he went out and shanked one that was much, much closer. (EDIT: TST writer Brandon Birkhead pointed out that Greg actually didn't miss this kick, Lindholm, the backup, did.)

3. The fans? The fans are nonplussed.

Since 1995, I've probably been to 75 Rams games in person. Maybe a few more or less, but a damn good amount. And the Dome has never been that empty.

The eyeball test was screaming about 40-43K in the stands. And about 25-30 percent were Chiefs fans.

It's preseason, yes. There was a big Cardinal game, yes. The Weather was spectacular, yes. But man, that was a wake-up call, at least for me. The Rams need to get with the CVC and bang out a stadium agreement. St. Louis appears to be putting its guard up on this team until they know they're staying.

This is the frickin' NFL. People will come if they know they can invest emotionally.

4. Thanks to an Awesome Rams staff member, we were down on the field for pre-game and took some pictures: 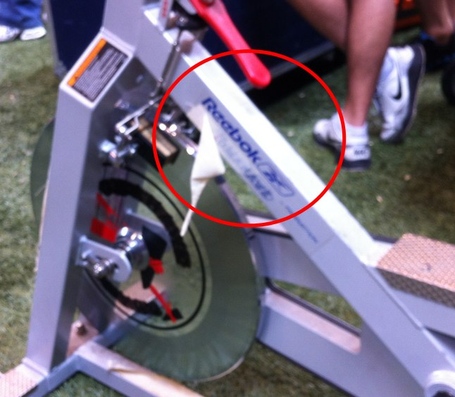 Oh you think that Nike was sponsoring everything and shutting Reebok out of the lucrative NFL deals? Well suck on this, Nike. 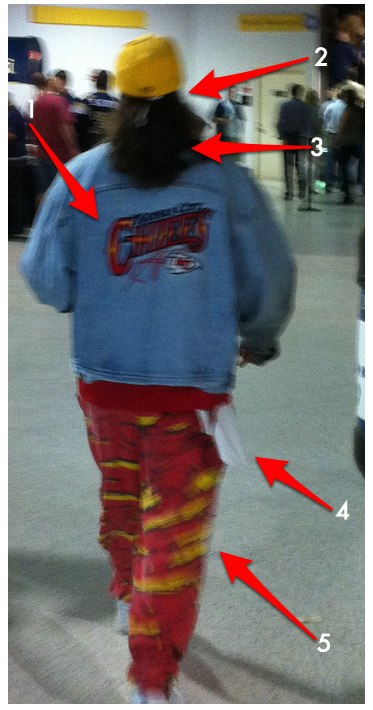 4) Do-rag. Hanging out the right side.

This guy is in the early running for the best KC fan of 2012. He also wasn't ironic. At all. 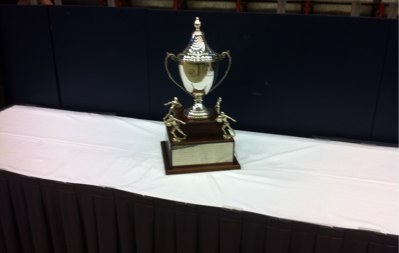 The pomp and circumstance that surround this cherished piece of hardware, known as the Governor's Cup, is really unmatched. That or they threw it on a table. 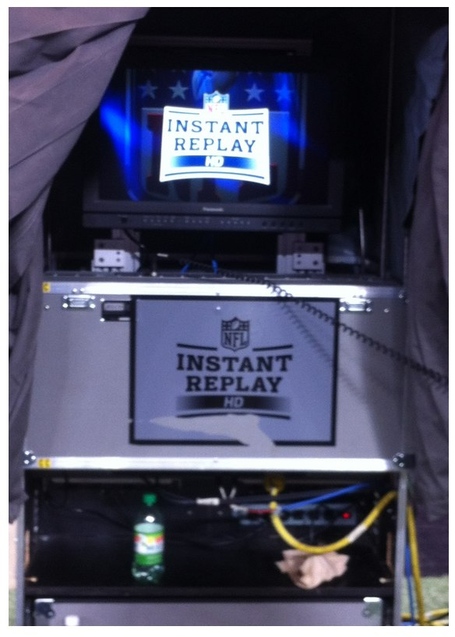 The inside of a replay booth. They're really pimping out the HD aspect of these units. Did they just switch? I hope not. Also love how a dirty napkin and liquids are just kind of hanging out next to all those wires. Maybe MLB is right to worry about the veracity of instant replay? 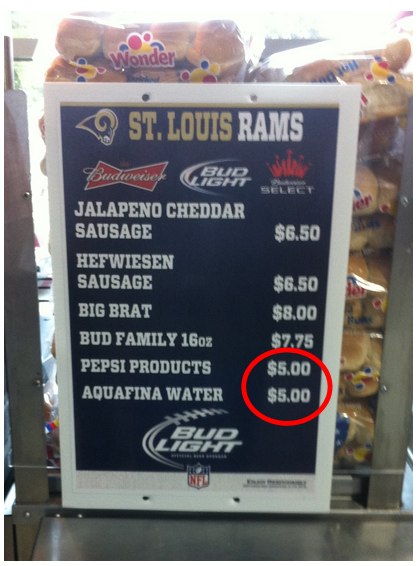 Beer always gets the headlines every year, but water is really the mover this year. Five bucks? At this rate, beer and water will be the same price by 2018 in the EJD. And that's a dangerous thing for most of the people still showing up for the games. Congrats, water.

See. I'm not lying. This guy has a SEXY foot. Right, Burwell?

I wish it were a bowl. I think that would take this heated rivalry to a whole new level. Also: grammar.

Zach is going to be playing the role of Debbie Downer this week. At least let us have a couple of hours with this win. They don't come often, man.

Uh oh. Rams do NOT want to be on Darren Rovell's Shit List. That will not end well for the Rams. That discount needs to be increased TODAY.